What’s It Worth? How Data and Analytics Are Changing the World of Sports Collectibles

A few weeks ago, a Mickey Mantle rookie baseball card (manufactured by Topps in 1952) sold for $12.6 million, setting a new record for sports collectibles. It sold to a determined bidder through an auction run by Heritage Auctions.1 The amount is rather remarkable, especially when you consider that the buyer was purchasing a piece of (admittedly very well preserved and professionally graded) cardboard.

A month before this auction took place, I attended the National Sports Card Convention. I was able to see this same card in a display case from only a few feet away and snapped the picture here. The same evening that I shot this picture, it struck me that the memorabilia industry was entirely related to data:

Kids (and adults) have been collecting memorabilia (sports cards, signed pictures, used game equipment, jerseys and more) for more than 100 years. And in all that time, they have undoubtedly argued these questions. But for the average collector, it wasn’t clear how to get the answers.

How Analytics Changed Everything

In 2003, Michael Lewis published Moneyball: The Art of Winning an Unfair Game. In case you haven’t read it, Moneyball tells how Oakland A’s manager Billy Beane — after a heartbreaking loss to the well-funded, star-packed New York Yankees in the 2001 American League Division Series — realizes that he needs a way to do more with less. Taking a somewhat radical approach to change the team’s outlook and bottom line, Beane recruited a wunderkind, Peter Brand. Brand helps Beane understand that there were a significant number of players who were undervalued, yet who could produce as well as more expensive players. This analytics-based approach led the A’s to the playoffs in 2002 and 2003. (And to Brad Pitt playing Billy Beane in the 2011 film based on the book.) 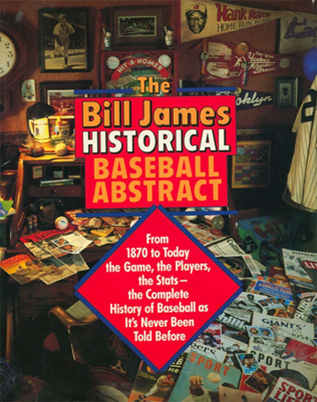 And you can’t mention analytics in sports without giving a significant nod to Bill James. He’s the author of the Baseball Abstract, published in 1986 and the creator of the term sabermetrics (Society for American Baseball Research), which he defined as “the search for objective knowledge about baseball.”

We will not attempt to cover the entire category of all sports memorabilia (that could take several blogs). But I will discuss sports cards to illustrate how master data management, data quality and analytics have transformed the hobby of collecting sports memorabilia.

The Stakes Are High and Getting Higher 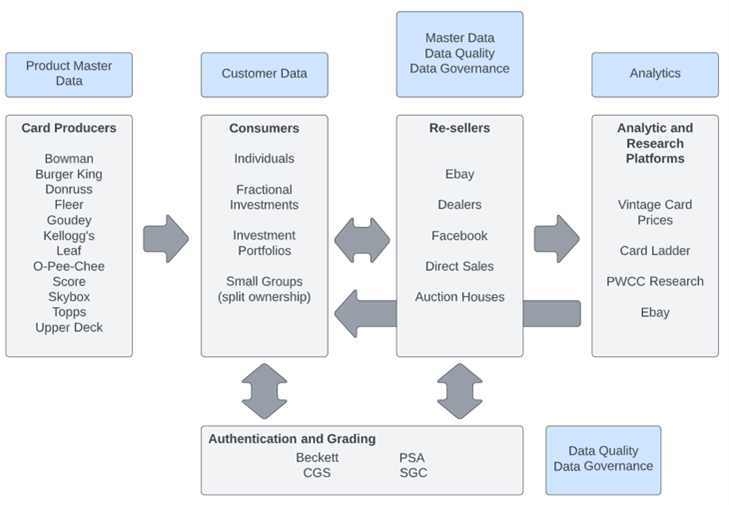 One estimate puts the current total market for sports memorabilia at $26.1B (yes, billion) and targeted to grow to over $200 billion by 2032. And when someone might be spending hundreds of thousands or even millions of dollars to purchase a card, the stakes have become very high. And this has led to a new focus on integrity and fraud avoidance.

Here at Informatica, we tend to look at a data strategy as having many components. The ones that seem most applicable to the sports card market are:

Figure 4 shows a very abridged view of the generalized sports card ecosystem. It starts with the creation of a sports card and then throughout its journey as it’s documented, purchased, graded/authenticated, researched and sold/purchased. 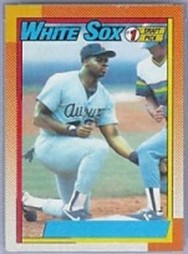 Sports collectibles have become big business since the first sports cards were produced back in the 1800s. ESPN estimates that as of this year, more than 950 million sports cards have been produced.2 There are centralized repositories for cards created by the major producers (e.g., Baseball Card Almanac3, Trading Card Database4), and these provide collectors with a lot of information. But for many other lesser-known and unique sports, there are fewer repositories and sources of information, especially those from more than 50+ years ago (American Card Catalog5).

Then too, due to less-than-accurate manufacturing processes, the occasional errors/variants slip through. Some of these turn out to be just anomalies but others are considered highly collectible. A good example of this is the 1990 Topps Frank Thomas rookie card with no name on the front. The normal card in a near-mint condition can be found for approximately $50. The one with the missing name, however, goes for well over $10,000.

All of these variables make it challenging to define what constitutes master data for each of these, as subtle differences can amount to great upside or downside.

And in terms of sports cards, you have a need for both product master data and customer master data. Customer master data is largely an opaque area to most companies and individuals. The exceptions are typically specific purchase transactions or the instances when the buyer decided to broadcast and share their acquisition (i.e., Rob Gough’s purchase of a 1952 Topps Mickey Mantle card in 2021 for a then-record $5.2m6). Even eBay decided to lock down their sharing of information about bidders almost a decade ago (possibly for data privacy reasons and to discourage members from transacting deals outside of the website).

Customer lists do represent a competitive advantage to many sellers, so there is little incentive to share this information. To introduce a bit of openness from consumers, one method that authentication, registry and grading companies such as PSA7, SGC8, Beckett9 and CGC10 have decided to try is gamification. Buyers create “registry” lists of their prized cards, and the authentication company awards points or virtual medals for the best sets/collections. In this way, a determined individual could attempt to tie specific cards in a person’s registry back to known purchases from auction houses.

Data analytics for sports cards has really flourished over the past 2-3 years. Vintage Card Prices11, which launched back in the late 2000s, is considered the grandfather of sports cards analytics. It brought an amazing single platform of real data for lagging information from all card sales on eBay as well as a number of the major auction houses. Prior to this time, those who produced the pricing guides had traditionally tended to dictate the value of cards. With access to all of the sales data, consumers were much more empowered to reach their own conclusions about present worth and future values. In more recent years, a number of other sites (e.g., Card Ladder12, PWCC Sales History13, eBay14) have developed analytic capabilities to help consumers perform lagging research and even others have started to introduce a bit of forecast modeling attempting to predict the prices of cards in the future (trend modeling).

A major drawback is that even the best analytics can fall victim to data quality problems, such as when the seller misrepresents or mistypes the actual card or grade being sold. This can throw off models dramatically depending on the magnitude of the error. It should be noted that all of the analytics capabilities are mostly product- and sales-centric, and to shift the paradigm to leading analytics, some element of customer and sentiment would have to be incorporated. This will not be easy given data privacy regulations, opt-outs or the number of people who simply don’t want to share their data.

As we’ve already mentioned above, data governance is quite critical. If a sale is misattributed to a different card it might result in poor analytics. And poor analytics might cause a purchaser to make an unwise purchase decision in the future. It raises the question of whether the onus should be on the manufacturers to provide an EDI type of data feed with a standardized set of metadata about the cards they are producing.

Certainly “checklists” have been around for a long time, but this is a bit more than just a numbering sequence and the title/individual that the card depicts. This type of governance falls more to some of the aforementioned information aggregators (crowd-sourced or subject matter experts on blog channels) as well as resellers and authentication companies. The latter plays a critical role in understanding which card is specifically being graded. Authentication companies look for potential fraud (“card doctoring”)15 as their reputation depends on not making mistakes. This has led to the complicated area that has evolved around grading standards. It’s complicated, because no two companies seem to use the exact same definition of what might constitute a very good, excellent, near-mint or even gem mint card. Data governance also becomes tricky on the grading scale as the manufacturing process has evolved over the past hundred years. Meaning that a card created in 2015 might have a very different characteristics for grading compared to one from 1955. 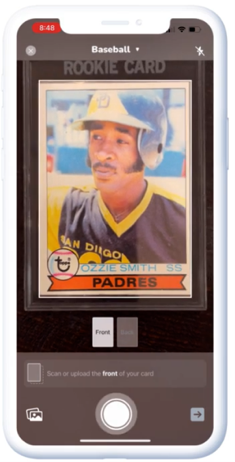 Finally, as illustrated above, data quality is paramount. Unfortunately, it’s often a source of confusion, such as when you’re entering data on a platform like eBay. Visual scanning and recognition capabilities (e.g., CollX16), are gaining traction. With improved data quality, it could help detect not only whether a graded card is fraudulent, but also to understand specific quality measurements about “raw” cards. In 2021, PSA acquired Genamint17 on the promise of their visual intelligence engine to bring some level of AI/IA to the grading and card recognition process and eliminate some of the human error. This is evolving technology: as Nat Turner, CEO of PSA said, “We’re not eliminating humans from the grading process. We’re improving the process by adding technology.” 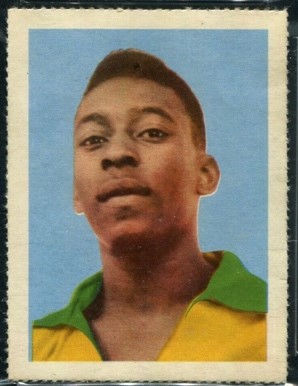 A great deal of additional information could be written about any of the types of data management highlighted above. Things get even more complicated when you’re dealing with memorabilia (such as a game-used bat that Babe Ruth used to hit a specific home run during his career). Most likely, your company is not in the sports cards industry — but you might be a fan of sports. Sport cards are a familiar example — and definitely not one limited to US sports (Japanese cards have been produced since the late 1800s, and football players have an extensive fan following globally — just try and find a cheap Pele card).

Although sports card collecting is a unique industry and has a different customer, product and community than other industries (finance, manufacturing, retail, pharma, health), we are interested in your industry and likely have experience helping companies like yours.

At Informatica Advisory Services, we offer strength and depth in data strategy, data management, data governance, MDM, cloud data transformation, and business adoption and would be happy to engage and help you drive value. For reference, the graphic here shows our data strategy framework which encompasses the above data ecosystem described in this article.

We look forward to hearing more about yours.