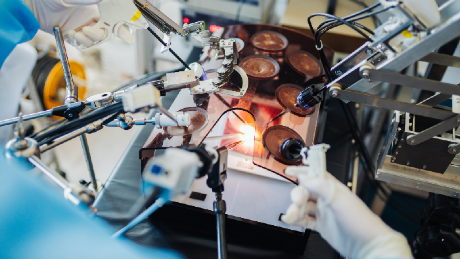 DevOps is the fusing of software development (Dev) with IT operations (Ops). These days, we seem to be doing well with DevOps. More than 63% of developers have implemented DevOps, and most organizations that deploy DevOps can ship applications 30 times faster with 50% fewer failures.

The value of DevOps is so well known that it’s not worth repeating here. However, it’s important to state that DevOps is really about people and processes, as well as technology. The core notion is to release high quality code and binaries that perform well, and are of good quality, much more rapidly than traditional approaches to development, test, and deployment.

The key concept of DevOps is “continuous,” meaning that we think in terms of how to build, test, and deploy applications, as well as how to leverage automated solutions for data integration. Continuous integration, continuous delivery, and continuous deployment are the keys to a successful DevOps program, with automated releases going out many times a day. The objective is to meet the demands of the end user with as little latency as possible, which leads directly to the ROI, and focuses on the value of the data integration aspects of DevOps.

This means selecting a data integration tool that’s able to support DevOps. Data virtualization is key; consider that we can leverage the physical data using an abstraction layer that is able to redefine the schema. Then, it’s a matter of defining the data flowing from source to target systems.

DevOps is a real thing. It’s being implemented in many enterprises these days, moving from tactical experimentation to full-blown operational readiness. The objective is to reduce the time it takes to bring solutions to the business entities that need them. Data integration is part of DevOps, and part of those who deploy DevOps organizations, processes, and tool sets. Please make sure to address data integration, because it is a big part of the DevOps picture.