The Benefits of Modernizing Your Student Information System

Higher education institutions’ many challenges revolve around the need to have good data. During the recruiting process, having access to high-quality data enables organizations to more accurately target prospective students, resulting in better fulfillment of matriculation goals. And once a student is accepted, being able to trust the data in the student information system (SIS) is critical to proper oversight and communication. After students graduate, good data fuels outreach efforts to alumni, who are an integral source for funding and future recruiting efforts. 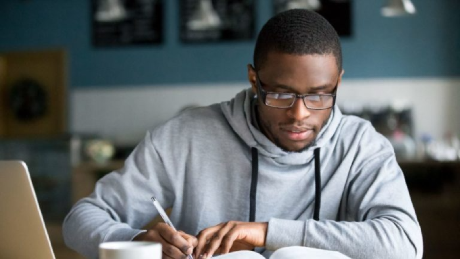 To help ensure that Fresno Pacific University had access to good data, Jeff Jones, the Director of Information Systems, was charged with optimizing the student information system. In this webinar, “Optimize Salesforce by Removing Data Barriers Between IT and Campus,” Jeff highlights how he was able to consolidate many of his systems into Salesforce by using Informatica Intelligent Cloud Services (IICS) to integrate disparate data sources.

Striving for a 360-Degree View of Students

Like many higher education institutions, Fresno Pacific University had relied on an Ellucian system since the ’80s. To improve their recruiting capabilities, the university initially created many homegrown applications. However, this approach became very hard to manage. With the proliferation of various applications, many “shadow databases” sprang up like weeds.

The effort to keep these databases straight inevitably drained more and more resources. Because there wasn’t a single source of truth, reporting was inconsistent. You could never tell which background data formed the basis of a report. The university needed a true “student 360-degree view” that they could have confidence in. In short, they needed a more centralized data system.

After deciding that Salesforce should become the hub for data that would fuel admissions and recruiting, Fresno Pacific moved from their legacy SIS to Salesforce in under a month! With the help of Informatica IICS, the university began centralizing their student data within Salesforce and were able to close down many of their homegrown applications, scanners, and shadow databases, including a secondary CRM system.

With a more centralized data structure now in place with Salesforce, the admissions office was in a much better position to recruit students. And, the advancement office was able to have more productive conversations with their donors and alumni. They could now identify who in their database were alumni, and also had better visibility into the degrees that were conveyed and the extracurricular activities that their alumni participated in. In fact, all departments benefited from the deeper insights and efficiencies gained.

Not only could university executives now easily access the data they knew they had, they could also act on initiatives that they had planned but previously had been unable to execute. Rather than asking, “Is it possible to do this?” they now asked, “When can I have it?”

To learn more about how Informatica Intelligent Cloud Services can help higher education customers optimize their use of Salesforce, please see this data sheet.

Informatica will also be virtually presenting at the Salesforce Higher Ed Summit this year. Please join our session, “Gaining a Holistic View of Data for Analytics Insights," to hear experts from Ross School of Business and Informatica discuss how modernizing data infrastructure can deliver efficiencies as well as valuable insights.