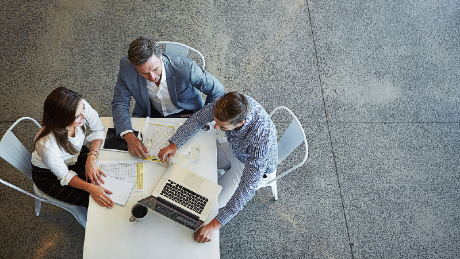 Data is more strategic than ever before, and data leaders are also increasingly critical to the success of their organizations. Those leaders are now taking on broader and more business-oriented roles, [1] expanding from acting as governance gurus to assuming the mantle of digital innovator, operational optimizer, or analytics champion.

With this transformation in mind, I’m pleased to announce that Informatica has formed a Chief Data Officer (CDO) Executive Advisory Board (EAB), created to bring together a diverse community of CDOs and data strategy executives from industry-leading companies and public agencies around the world. As a global leadership forum, the EAB strives to transform business and reimagine our world through data-driven innovation by sharing insights, exploring ideas, solving challenges, and testing strategies.

At our inaugural (virtual) gathering in March, CDOs and executive data leaders from Bank of Montreal, Janus Henderson, Westpac, and other organizations shared how they’re working to shape data culture, acquire and keep top talent, and build a foundation of data literacy in their organizations. A common thread echoed by all was that data is now central to the success of their organization, whether they work in the public sector, financial services, healthcare, or telecommunications.

An Inside View of Rapid Data Transformation

We were joined at our gathering by a special guest, DJ Patil, former Chief Data Scientist for the Obama administration. Patil had us on the edge of our seats with his tale of helping the State of California coordinate its response to the COVID-19 pandemic, sparking an animated discussion between Patil and the board members.

Initially Patil’s team had very little data to work with—mostly just some stats from cruise ship passengers. Working with a group of engineers and a team from Johns Hopkins University, Patil and the team sent out a survey to gather data from hospitals and built predictive models to help determine what was happening and what action the state should take. Patil came away from this experience with six key lessons that highlight what organizations need to focus on.

Getting to a Good Decision Takes Good Process

Data can offer a bitter truth that people don’t want to hear, Patil noted. In the case of California, the data showed that the government needed to shut down an economy that would be the fifth largest in the world if it were a country. To help make a case, Patil advises writing memos rather than relying on charts of data. Then, hold an informational meeting. Only once people have been informed should you hold a separate meeting focused on decision making.

What Worries You the Most as a CDO?

After DJ Patil’s session, Susan Wilson, Informatica VP Data Governance and Privacy Leader, kicked off an interesting discussion by asking our board, “What worries you the most as a CDO?” Without mentioning names, I’ll summarize some of the concerns we heard:

To close, I’ll share a few last pieces of advice from the discussion between Patil and the board. First, in the words of Winston Churchill, never let a good crisis go to waste. Now that everyone has become an armchair epidemiologist, we need to do more with our data. We need to challenge organizations to use disparate data sets and question the paradigm of traditional decision making.

And finally, be sure to focus on what’s important, not just what’s urgent. It’s a little like third-grade soccer, where everybody is focused on chasing the ball. Instead, we need to spread out and distribute tasks across teams. Rather than focusing on cleaning up messes, we should set up a structure that will help us succeed for the long term.

I look forward to sharing insights from our next gathering of the CDO Executive Advisory Board when we meet again in July.

Read more blogs like this one
Company News Announcement

Women in Data: Transforming the Workplace with Bold Moves and Allyship

Women in Data: Transforming the Workplace with Bold Moves and Allyship

XaaS Transformation: Reborn in the Cloud

XaaS Transformation: Reborn in the Cloud